Have you seen Britain's Cleverest Dog yet? If you live in Britain, you can stream it using My5 until December 30th, 2017.

Cooper and I are featured in the film, which is described by Channel 5 as a "documentary featuring pet owners who are convinced that their furry friend is cleverer than the rest. One canine brainbox attends a higher educational establishment devoted to his species. Another - dubbed a canine Einstein - makes the news when he masters a shape-sorting puzzle that has most toddlers struggling."

The Daily Mail wrote an article about it, titled Are these Britain's SMARTEST animals? 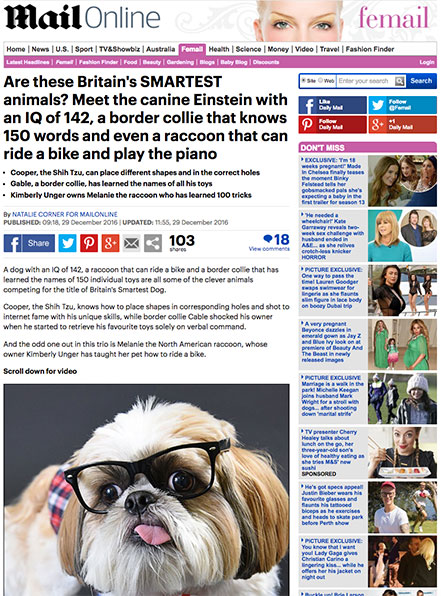 We missed out on a couple of the filming days due to illness, but we enjoyed the parts that we did participate in. If you're interested in pet intelligence, or even just an animal lover, it's a good one to catch!